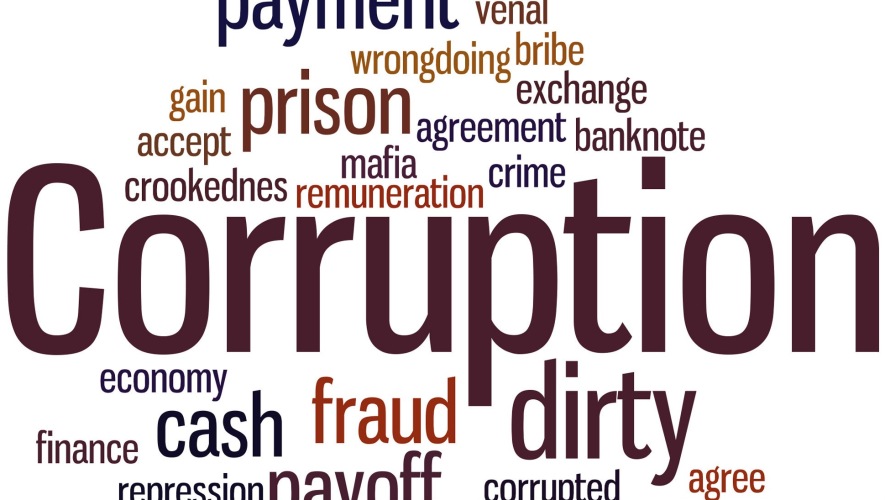 On Wednesday June 6th I received a message from a citizen that lives in the Joe L Davis subdivision in Wauchula. He wanted to let me know that there were City Employees and City Equipment doing some kind of work at the Public Works Directors (Andy Maddox) dads house at 1330 Burton Rd. He stated there were trucks and a tractor that appeared to be working on the driveway at that address. I posted a comment about it on Facebook and asked if there were any Citizens that could run by and get a few pictures for me as I was out of town. The pictures are below. By the time this Citizen got there, the tractor and all but one employee was gone. Possibly due to my post on Facebook and the email I sent to City Commissioners. The City (Atchley and his Minions) watches me like a hawk….. 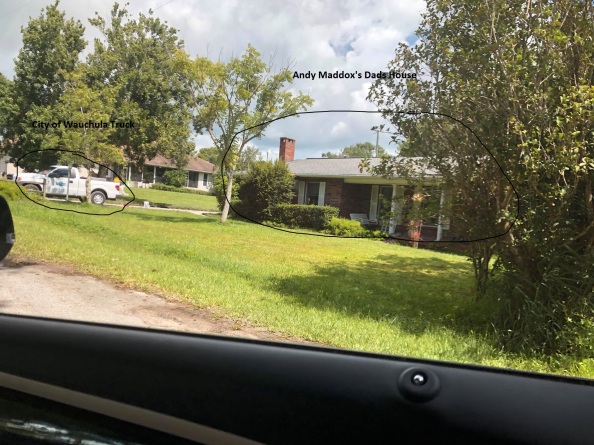 After getting this information I sent an email to the City requesting a copy of any work order for that address, this is what they sent. 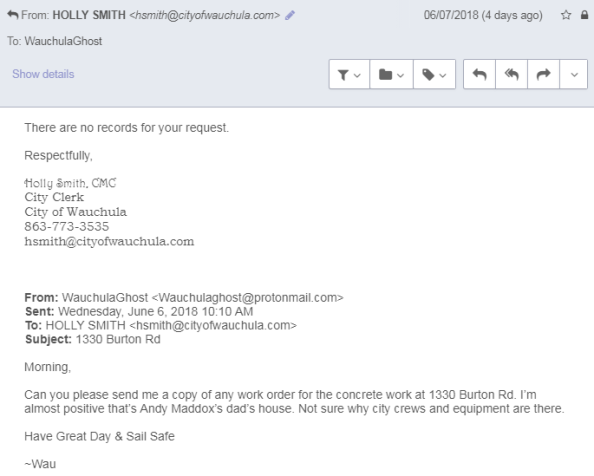 So, no work order…Well, lets get a copy of the invoice for the concrete and time card records for all the employees that were there. This was their response. 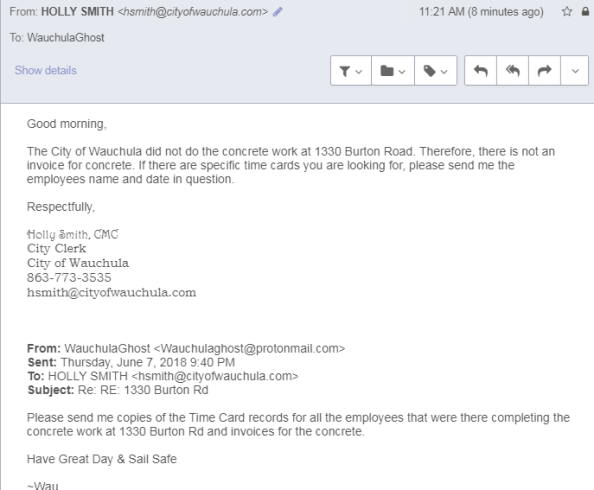 Playing their game I requested the time cards for the City’s concrete guy, Steve Prine.

When I received the time card report for Steve Prine, the Cities concrete guy, I noticed that he clocked in at 6:56am, then out for lunch at 11:55, back in at 12:53 then left for the day at 2:55 and claimed 1 hour sick time for the difference in time (See image below). Now remember, I was notified on June6th at about 9am that day, which means the City PAID Steve Prine to complete concrete work for Andy Maddox’s Dad. City Equipment and City time for PERSONAL USE.

I’m assuming they probably started the job the day before, getting things ready and forming it up etc. So if they did, Steve still got paid that day too. It shows he Clocked in at 6:55am, out at 9:54 but then time was modified giving him comp time for the rest of the day.

Now the question is, did Atchley approve this? There are no physical records, so my guess is he either didn’t know about it, or it was a verbal conversation. 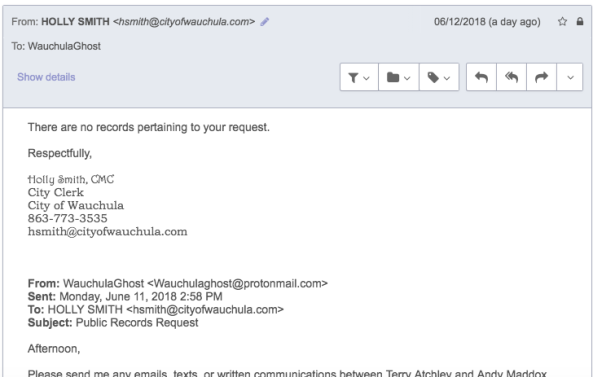 What’s so Fucked up about this, is the employee involved. A few years back, Steve was given the choice to either resign or be terminated. He was clocking in and not working. Claiming a ton of overtime, when in fact he was home on his couch. The Police Department got involved and even installed a GPS tracker on his work truck. Needless to say he was caught red handed. He was also claiming he worked through lunch a lot, but they had video footage of him sitting at work, eating with his GF…

So, he resigned. They do that so there is nothing on their record.

But, THEY HIRED HIM BACK!!! Now, Andy has him doing PERSONAL WORK on CITY TIME…..

In the meantime, they TERMINATED 2 Employees for supposedly falsifying their time cards. Which was Atchley coving for his cousin Ward Grimes. Those 2 employees were going to talk to Atchley and Olivia Minshew to complain about Ward. But before they could, they were TERMINATED. Link below

Employees Terminated because of Nepotism

City Commission, are you going to sit around and allow this? Your City Manager sure knows how to run a City…