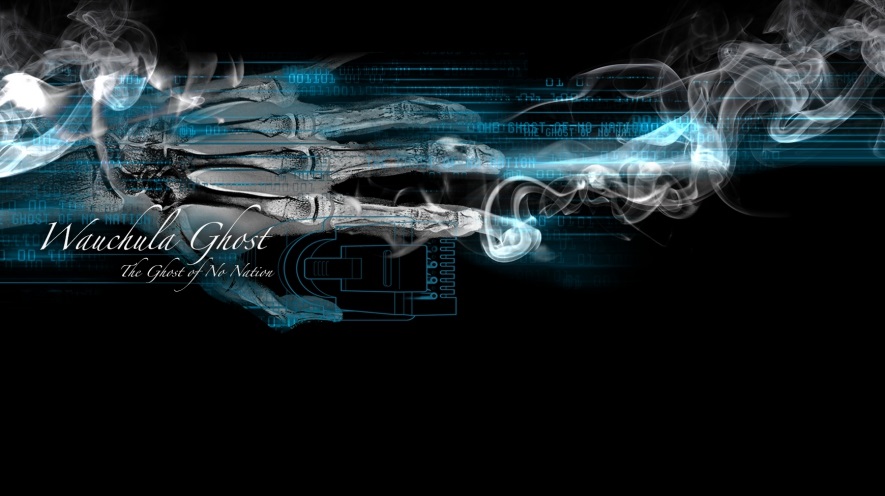 The City of Wauchula has a Great education benefit program (Section 26). This program allows employees to further their professional education. It’s pretty simple but there is a Policy and Procedures. A while back we were told that the Assistant Chief, Matthew Whatley had attended classes for about 2 years and used his City Credit card to pay for the expenses yet the Policy specifically states:

So did he pay in advance? Lets take a look. Below is a completed form  from Matthew Whatley. Notice the dates. Course date-6/25/2014. Application Date-8-22-2016. This course was taken 2 years and 2 months prior to being applied for and approved. The receipt to the left shows the date of 8/24/2015, that’s when Mr Whatley reimbursed the City for his portion. This is 1 year after the course ended. So for 1 year the City was out $419.74 in this case alone, there are more from Whatley. Seems to me if this was unauthorized, as it is because the application is way after the fact, it’s theft of City Funds. Policy and procedure in this case is well…..just not there. 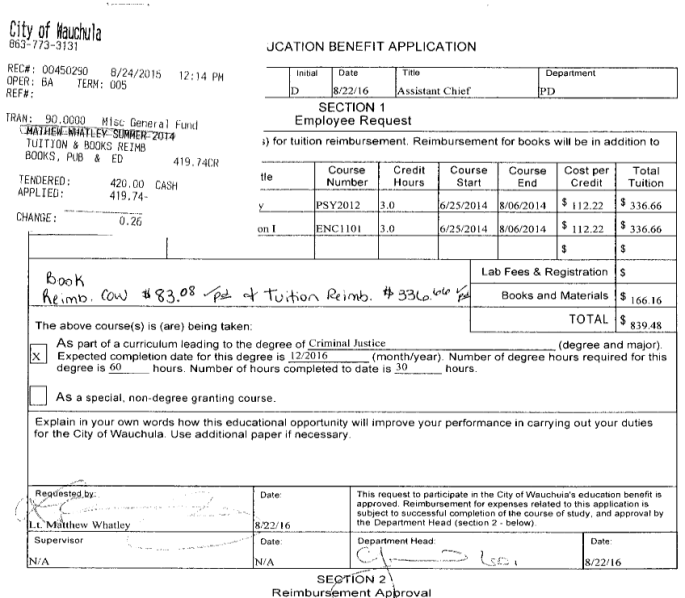 This class was taken in 2014, yet he didn’t reimburse the City till 2016 when Santarlas filed a formal complaint. Again, there was No IA performed on Whatley. But going back to the Police Department’s Policy:

A Complaint Review Board will be convened on any allegation(s) made by person(s)
outside the Agency,

City employee’s at City Hall complained and complained due to the fact that Money was being spent and there was no paper trail. It wasn’t until Thomas Santarlas got wind of it and submitted a records request back then. That’s the only reason the paperwork was finally filled out and turned in.

Other employees asked to get the same treatment yet were denied. They were forced to pay in advance.

But it gets better. Since this incident (2 days after the above application was turned in), a memo surfaced dated 8-25-2016. See screenshot below. Full doc here

So now they can use their credit cards. It’s a little confusing tho. The memo is from the Chief of Police yet is giving the Executive team authorization to use the cards. The Executive team members are under the City Manager, not the Police Chief. So who authorized Chief to allow this and to put out a memo? Wait, why is it directed at Whatley? Did the rest of the employees see this? Do they now know they don’t have to pay upfront? or was that just to try and cover for whatley? I sent an email to the City asking Who authorized Chief Eason to issues this memo, but have heard nothing from the City. My guess is there isn’t any documentaion. So I’ll be emailing City Commission.

Oh and the Policy has changed since this started too

In order for the City of Wauchula to continue its high quality service, and to continuously improve that level of service to its customers, the employees of the organization should have opportunities for professional and personal improvement. The City benefits from providing, at no cost to the employee, education and development opportunities for certain technical positions that require certifications, licensure, and continuing education. The City believes that this benefit should also include other educational programs. As a result, the organization will not only see an enhancement in service delivery, but a commensurate increase in organizational morale and loyalty. To that end, the City will provide to its employees an Education Costs Benefit whereby participants in the benefit can request advance payment for training, or recoup a portion, or all, of their tuition and other
education-related costs.

Bottom line, they violated their own Policy and Procedures. They being the City Manager, Terry Atchley, Chief of Police, John Eason and the Assistant Chief, Matthew Whatley. City funds were spent 2 years before the employee reimbursed the city for his part. (which is a violation of the policy at the time) This was only because someone reported it. This is also just a few examples, there are a lot more.