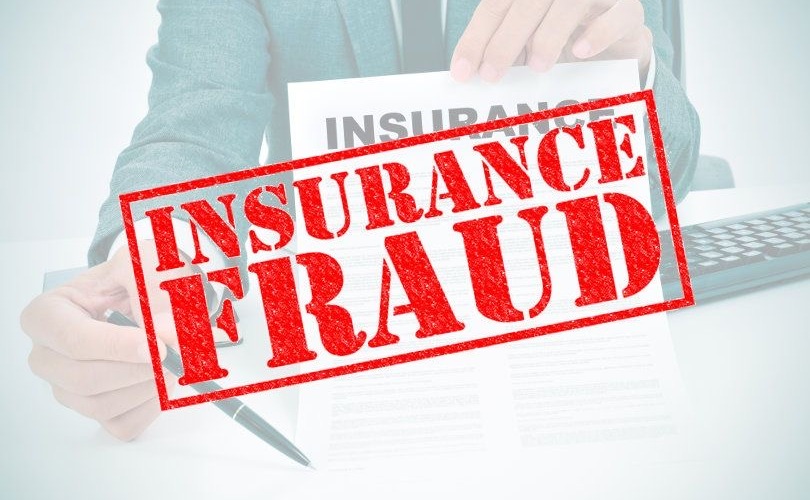 To protect the names of the Innocent I’ll be using the names below. Please see Legal Disclaimer at the bottom.

On May 5th 2019 at 2:29PM lightning struck 110 S 9th Ave. This is the County building that houses Planning & Zoning, GIS and I believe it’s IT department. According to documents there were 3 pieces of equipment that were damaged, see below.

I was informed by E1 that Opal had instructed E2 to submit another claim to “include an undamaged new in the box Dell Workstation that was in another building at the time and was valued at $850” and a few hundred dollars worth of power supplies for the avaya IP phones. This second claim was created (but not signed by E2) and sent to Opals email using a scan to email option on the Toshiba printer in the Planning & Zoning Department. Below is the email from E2 to Opal talking about the additional undamaged items to the Insurance claim. Funny how the County couldn’t find this when I requested the claim adjustment (2nd claim).

And here is the Purchase order that was to be used as proof of purchase for the additional computer that Opal instructed E2 to add.

E1 stated E2 notified Opal that this was outright Fraud. From what I’m told Todd Miller assured E2 that they wouldn’t force E2 to do anything “Immoral” but otherwise shrugged it off.

E1 also stated that E2 again told Opal that claiming undamaged items is fraud and he that he/she called the underwriter for “clarification” on what was eligible. At that point E1 said Opal blew her top saying that was a fireable offense.

E1 stated that E2 was concerned for his/her job not only for potential fraud but potential backlash from the County for not doing as he/she was told.

I submitted a request for the claim and was sent what had been submitted. After that I sent another request for the 2nd claim and was told there isn’t one which means that Opal probably deleted it due to E2 telling her it was Fraud. But even deleted there is possibly a copy elsewhere. All inbound and outbound email is instantly backed up to backupify using Datto plus the Toshiba multi function printer has an internal hard drive that stores all things scanned and printed.

To further research they sent me this cool little invoice. I mean its not something new but they do it to keep people like me from seeing things.

After receiving this I had to laugh. Have they already scrubbed the hard drive or gotten rid of the printer? Checked the backup and deleted the email? Who knows. All this does tho make me wonder how many other employees have done things like this at Opal’s direction? What else “illegal” has the County done?

In the end, this second claim never made it as a result of E2 standing up against Fraud, but the proof Opal tried is there.

Another interesting thing I heard today was E2 since this incident has been TERMINATED. My guess is for not following the lead of his/her supervisor., remember this part, you will understand at the end.

I’ve spoken to the new County Manager a few times and he was always polite until today. Most of you know me and know how I operate. I’ve always said my #1 rule is never lie to me. As we all know it never ends well. Those that do end up on my hall of shame, wauchulaghost.com. That being said Mr County Manager got a little angry about that today. Here is the email I sent.

And here is his reply.

So he’s no longer involving Opal in this request since it’s something I believe she is intentionally not providing. Lawrence, I’m saying EXACTLY that. As far as the email thing, what he’s saying is they flagged my email in the past as “Spam”. Knowing it was not. It’s amazing how they just violate peoples 1st Amendment rights 😉

Speaking to the County Manager before I stressed by concern about his moto “Lead, Follow or Get Out of The Way” which is in his Facebook bio. He told me the story to some length. But then I told him there’s no way in HELL he will lead in this County. There will always be certain people telling him what to do and there’s nothing he can do about it.

Just like the story above about Insurance fraud. The employee stood up and said NO. Later he/she was terminated.

Now Mr County Manager, you know all about that don’t you? I told you our conversations would be private. But you all broke my #1 rule and why won’t it end well? See below.

That being said, I wonder why Bill Lambert and Mike Thompson were trying to oust you?

And yes, at this point I’m sending all this to the property authorities. If you feel this needs further investigation, send a link to this page to FDLE, FBI , Insurance Commission or anyone else at State level.

Have a Great Night & Sail Safe!